“It wasn’t our mistake and if they haven’t corrected the problem yet than that’s NOT our fault!”

That’s the line I was feeding myself this past week…. 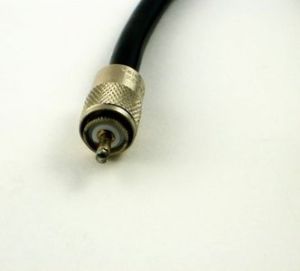 Several weeks ago we called to have some problems with our cable checked out. They gave us our “window of opportunity” and we waited for their call and eventual arrival.  The worker was very nice and very fast. He quickly pinpointed the problem, told us what to do next, and flew off to fight bad cable connections in other parts of the city.

To our surprise, we realized when he left that we now had the next “step up” in cable channels. Previously, we had basic cable, which consisted of 7 channels we actually watched, and a few home shopping channels. We were fine with basic cable. We actually felt like we were fighting the system, unplugging from the matrix, and freeing ourselves from the bondage of filth and moral decay on display before us….plus it was cheap!

We assumed that soon the problem would be detected, corrected, and we would go back to basic cable. We decided to enjoy it while we could and waited to have it taken away at any moment.  We gorged ourselves on news shows, kids shows, shows about people in swamps and grandmas who horde things.

The first week passed, and then the second, and then the third….we still had all of the channels. What could this mean? Is this a blessing from God? Could we be more effective in ministry if we went ahead and kept all these channels….you know, for ministry purposes??

Or maybe we were just stealing cable.

This creates quite a dilemma when what you want wrestles to a draw with what you know is right — and you must decide who wins.  You kick and scream and rationalize and make excuses and blame other people.

Seems like every day we encounter all sorts of opportunities to put feet to our beliefs — to truly decide in private what we say is settled in public.

So, we will call the cable company and report THEIR mistake…..tomorrow….I mean right after Thursday’s “must see TV”….fine after the weekend but not a day…..

We had only been dating for about 8 months and it was my girfriend’s birthday. When you’re first dating, birthdays become a way not only to celebrate the person you are with, but also a way for the boyfriend to showcase his spontaneity, thoughtfulness, and apparently, his disregard for laws about breaking and entering.

So Penny, was away with her family back in Ohio and would be returning the evening of her birthday. I can’t remember when it hit me, but some time over that weekend, I had the perfect idea. I would get in to their house, decorate it with balloons and streamers and presents. I would then leave, and wait for the phone call to listen to her scream with joy.  Boys (at any age) will do some of stupidest things imaginable for the love of a girl. My stupidity was telling me to break in to a house and throw a party.

I arrived at her house with my box of supplies and presents. It was midday….no need to hide my love under the cover of darkness like a common criminal.

Now Penny’s parents used to leave their front door unlocked all the time. This stems from growing up in a rural (and honest) part of Ohio. I fully expected to turn the knob and walk right in….it was locked….I started to sweat.  My mind racing, I decided to walk around the house (that sat in the middle of a subdivision) and try all of the windows. I moved to the back of the house, and lifted on Penny’s bedroom window….it slid open. (Editor’s note: That window being unlocked had nothing to do with Penny and I….just so we’re clear)

Now the window was over my head and since I hadn’t planned on needing a ladder, and nothing was going to stand in the way of high school love, I lifted the window as much as I could and dropped my supplies inside. I then jumped up, grabbed hold of the window sill, and struggled with my little arms to lift myself inside. I can only imagine what this looked like to the neighbor who might step into her backyard to see my legs flailing out the window. I dropped into Penny’s room, grabbed my box, and started walking toward the living room to begin the birthday version of shock and awe.

That’s when I heard it.

Voices. Two people talking in another room. It sounded like a muffled argument. I dropped to the floor and listened. There was definitely someone in the house. I crawled on my stomach into the living room. Why would there be someone here? Were they being robbed? Breaking into a house out of greed? I broke into this house out of love for a woman! I crawled a little closer….it was quiet. Then I heard voices again coming from her Parent’s bedroom. My heart was pounding, I felt like Bruce Willis in every Die Hard movie I had ever seen.

Inching closer to the door, I could feel the adrenaline coursing through my puny body. The voices went quiet again….I strained to hear what was going on. That’s when I heard, “Are you tired of hard-water stains, or toilet bowls that won’t come clean no matter how hard you scrub?” Why was this group of thugs talking about CLR??

I cracked the door to find the TV was left on in her parent’s bedroom. After stopping in the bathroom to throw up, I got to work hanging streamers and balloons and setting out Penny’s presents.

The reason I broke into your house that day, 18 years ago, is because I tried so hard to do on that day what I now realize cannot be done in one day or in a single party….to express all that you mean or how much I love you. There is no card, there aren’t enough streamers, and I could never find the perfect gift that expresses the gratitude I feel for you.

That is why I am thankful God has given me a lifetime to begin to express my appreciation for the gift that you are to me and to our children.

And if any boy tries to break in to our house out of “love for a girl” I will toss his butt in jail.

There is a tricycle that you love to ride even though you can’t touch the pedals. The only way for you to ride with your brother and sister, is for me to stand on the back of the tricycle, lean over you to hold the handle bars, and push with one foot like a skateboard….You love it.

But recently, while we were out cruising the streets around our house, you kept pushing my hands away from the handle bars.  You wanted to steer, and if you were going to steer, then I had to let go. But you weren’t ready for me to let go. I had already caught you several times to keep you from falling.  You could barely sit in the seat and reach the handle bars, let alone steer.  But you insisted, and when I wouldn’t let go, you threw a pretty impressive fit in the middle of the road.

While you were stomping your feet, my developing “parental brain” was running the calculations — evaluating the risk of letting you go your own way compared to the expected outcome, measured against the “show” you were putting on for people driving by our little “display”.  In the end, I decided to steer….and you decided to fall down from the bike and flop like a fish….You didn’t like me very much in that moment.

This is something I’m learning about parents.  Sometimes, parents think that getting their children to “like” them is the sign of a good parent. So instead of doing what they know is best for their children, they give them control, let them steer their lives before they are ready.

But Malina, Your Mommy and I love you too much to simply give you what you want, or to be just one of your friends.  The responsibility that God has given us, is not simply to make you a friend, but to train you up, and guide you, and correct you. We’ve been told to help you grow and prepare, to challenge you, protect you, and celebrate all that you are becoming.

Eventually you got back on the tricycle, we made our way back home and you liked me again.

Eventually, I know I will have to let you steer, and fall down…on tricycles and in life. With God’s help, your Mommy and I will do all that we can to prepare you to live a life loving God, other people, and the world around you. And as your friends, we will walk with you every step of the way, for as long as we can.

Next Friday my “Letters to My Children” series will move to its own site. I hope you will make plans to check it out, invite others and follow along.

So last night it was just me and my three children. This morning, they awoke from their peaceful slumber seeking something to eat.

Now I’m not able to say exactly what they had for breakfast this morning, because my wife reads these blog posts. But I think my time with our children this morning would best be illustrated by the brilliant comedy of Mr. Bill Cosby….

Everything is fine honey….